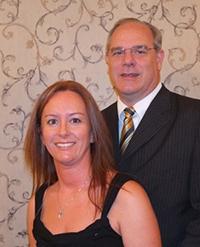 Pastor Arthur Werry has been serving at New Life Church for over 25 years. He accepted the call to Fraser, Michigan in 1989 after finishing seminary. He served as a church planter, appointed by the Home Mission Board, from 1989-1996. Pastor has two daughters, Shonda is a graduate of Johns Hopkins University and the University of Chicago and is working out of Chicago, IL. Ashley graduated from Appalachian State University in North Carolina. Pastor Werry grew up in Illinois. He was called to the ministry at the age of 18. He attended Southwest Baptist University in Missouri; he then went on to study at Trinity College where he received his Bachelor of Arts degree in 1983. Following graduation from Trinity, he attended The Southern Baptist Theological Seminary in Louisville, Kentucky where he earned a Master of Divinity degree in 1988. Our Pastor is a gifted teacher and preacher. Each week he delivers a message that is based on sound Biblical principles. His Bible teaching is easy to understand and always contains practical applications for real-life circumstances. He also has a passion for working with people who are dealing with addictions. Pastor is a man who loves God and enjoys working with people. An avid photographer, Pastor's work can be seen on Flickr.

You can also find Pastor Werry on: